I have been planning to attend Verity White‘s Gig at the Cotswold Inn since it was first announced.  She’s a lovely friend and great performer.  I was slightly worried I wouldn’t make it this time after being in hospital on Tuesday.  But of course I pushed myself a little and made it!

I am so glad I managed to go, the last time I saw her was at the Reclaim; Set Fire launch in February. Verity and her band put on an amazing show as always.  There was also a special announcement at the end. 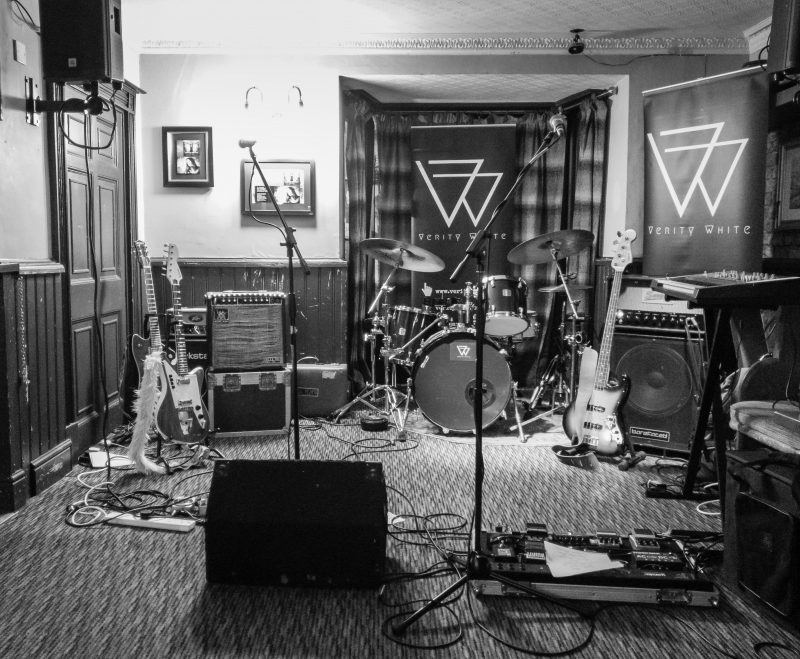 I managed to arrive early enough to get a good position and have a quick hug and chat with Verity.  She was concerned I’d be okay which was really nice of her, also checking on me a couple of times later.

I’ll post a video below showing some of the performance.  You can then see for yourselves how awesome the band is, rather than me waffling on.

At the end of the gig Verity had a special announcement to make.  The Verity White Band has been signed up by WDFD Records!  Verity and her band really deserve this, they have put so much effort in to getting where they are.  Not just writing and performing songs, but huge amounts of promotion on social media and by gathering a following, locally and internationally.  Well done Verity!!

I only felt ill a few times during the gig, I mainly put this down to it being so hot though.  I don’t think the vibrations helped my vertigo either, as I did go a little woozy.

It was definitely worth going and Verity was so kind, even though hearing my voice was a real challenge with the ambient noise.  Just as we were about to leave Verity gave me a copy of the night’s set list.  I have two now and think they are a very special and unique gift, things I will treasure and keep safe.