Home - Blog - The Next Few Days – Don’t Fear the Reaper

The Next Few Days – Don’t Fear the Reaper 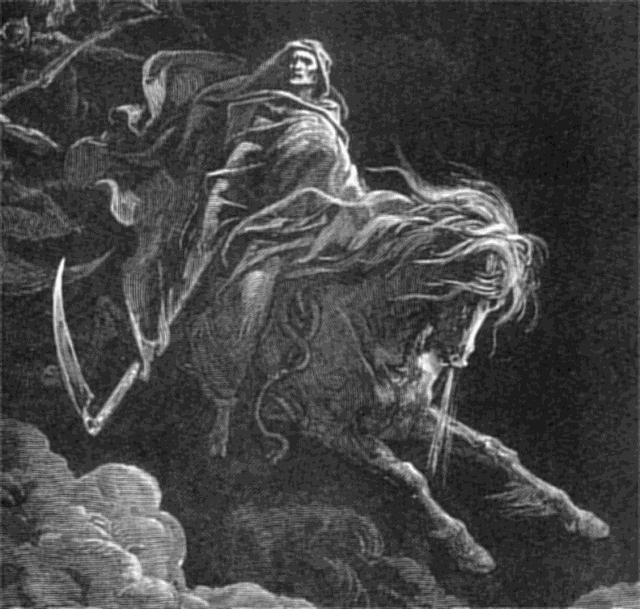 After the first night in hospital I was exhausted, in pain and scared, but I would try my best to get through this, I wouldn’t give up.  These few days may not be entirely accurate with the order things are in and may jump around a bit, this is how my mind remembers it, and at the time things were very disjointed to me.  With the medication and pain I was drifting in and out of sleep constantly, although part of me was always alert and ready to jump into action should the hospital staff come near ,or something happen that needed me in control.

The second  day started with more blood being taken, they also decided from the blood test that I might be diabetic.   I had several fingers pricked and finally my toe as they couldn’t get blood from my fingers, of course the test was negative but it wouldn’t stop them doing the test again the next day.   Ward rounds started a little later and my consultant had another chat about surgery and how dangerous it could be, he said he’d be back later to try the NG tube again.

After this my respiratory consultant turned up.  He seemed quite relaxed about the possibility of surgery, he said he saw no reason I should need a tracheostomy as my ventilation had been perfect at my outpatient clinic just over a week earlier.  This was quite different to what everyone else was saying and quite different from things I’d read.  The Gastric consultant returned before my other consultant had left and they had a chat about surgery and what would be expected, then he tried the NG tube again, another four attempts, it still wouldn’t go down, you could see the disappointment and worry on his face.  He arranged for an X-ray and asked me to drink a bottle of gastrograffin, but before this I’d have to have an enema.  The gastrograffin wasn’t too bad as it tasted of aniseed, it was still difficult to drink the amount they wanted though and I just took a few sips every so often over a few hours.

My Mum had phoned my Aunt the night before to tell her the situation, she said she’d come up from Hastings at the weekend as she has to rely on her husband to bring her.  They were up by twelve o’clock and visited in the afternoon along with my cousin, my Goddaughter also came to see me.  You could tell that everyone thought this was a goodbye visit, it was tense and emotional, I was slipping in and out of sleep but could hear the conversations going on.  I wasn’t sure myself whether this was the end, it felt like it, and everyone was acting like it was, medical staff included.

After the consultant got the X-ray results he came back to give me the news that some gastrograffin had passed through where the blockage seemed to be, there was a chance surgery might not be needed.  He was smiling when he gave me the news and clearly hopeful, I tried not to get my hopes up as life usually kicks me in the teeth after good news, I was right.

In the early hours of Saturday morning my throat began feeling tight, my anxiety started rising, I could tell something was wrong, I woke Mum and my PA, my voice was wrong.  They quickly got up, they could see my throat and face had swollen up, my tongue was also too big to fit in my mouth, Mum went to tell a member of staff, they said they’d be here soon.  Ten or twenty minutes passed, I was struggling to breathe, I could feel my throat tightening, Mum and the PA were looking very agitated.  Mum rushed off again and desperately grabbed the ward sister, she came in, looked at me, then called for more people.  The room filled with faces, I was attached to various monitoring equipment, the rapid response team arrived with their crash cart, Mum was still there too holding my hand, her head buried in my bed stifling her tears.  I was finally given injections of hydrocortisone and piriton which after a few minutes seemed to make my breathing easier.  I really didn’t think I was going to survive this, especially when my SATS started dropping, the fear and helplessness were intense.  I was at my limit and not sure my body or mind could take anymore.  After the room emptied I was left attached to the pulse oximeter and observations were done hourly.

The next day two of my friends visited, one of them was in the next ward after having surgery, Mum had bumped into them in the corridor and told them I had been admitted.  Another friend, who is a nurse at the hospital, had seen my name on the surgery list so also came up to visit.  She worked with the surgeons and anaesthetists and had told them if I had surgery she would be there when I woke up so I would not be with strangers.  My family also visited again, I think we were all still wondering how I would get through this. I also had visits from the surgical team, critical care and the anaesthetists, surgery was definitely not ruled out.  The anaesthetist was very honest, he said it was a very high risk, I’d likely get pneumonia and have a tracheostomy that wouldn’t be removed, he also made sure I was aware he would not prolong my suffering.  I understood what he was saying and why, but it’s still very hard to hear, the chances of me surviving were minimal, if they operated I was staring the Grim Reaper in the face.

I managed to pass wind at some point during this period, I’ve never seen anyone so happy about a fart!  The smile on my doctors face was something to see, it meant things were moving, my stomach hadn’t given up.  I think I was allowed a sip of water on this day too, my mouth was getting so dry and I felt exhausted with dehydration and lack of food, but I was still nil by mouth as an operation had not been ruled out.

On the Sunday straight after ward rounds I noticed I was having difficulty speaking, my tongue was swollen again, it got worse, my face started swelling and my throat closing, the doctor did come in this time but it took them a while to administer any medication again.  My throat was nearly fully closed, I was gasping for breath and communicating through Mum and the PA as they were the only ones who could still understand me with my mouth and tongue so swollen.  I really thought I was going to die.  This time they hadn’t given me both injections at once, waiting to see if the first would work before giving the second, this made the experience even longer and recovery wasn’t as quick either, eventually my breathing came back to normal and the fear subsided.

The doctors came back later with a quickly thought up theory, my perindopril was causing angioedema.  I had been on it for years but in rare cases this can happen, they said it wasn’t life threatening and I should stop taking it immediately, they assured me if I did it wouldn’t happen again.  I’ve read several papers on angioedema since being home and the doctors weren’t exactly correct in what they were telling me.  It wasn’t long after this we started noticing how swollen my whole body was, you couldn’t see my knuckles, my arms and legs were so heavy it was a struggle for Mum and my PA to lift them.  I also heard them whispering about my genitals, apparently a donkey would have been jealous.  I’m usually a skinny six stone so this was quite dramatic.  The hospital staff said it was from all the fluid drips I was being given, it may have been partly that, but from my research it’s also a symptom of angioedema, unknown to myself at the time.  Severe stomach pains, a distended abdomen and vomiting are also a symptom, and the whole reaction can last around five days!

Taking arterial blood was getting more and more difficult by this point too, it’s not easy with me at the best of times but when everything is swollen it’s even more difficult.  Most times it was taking three or four attempts from different places, this night the doctor couldn’t get anything.  They really needed the blood to monitor my blood gasses and other things, so they sent for an anaesthetist with a portable ultrasound unit.  It took him about half an hour even with the unit, at one point he admitted it was like getting blood from a stone.  Eventually he got a cannula in my ankle and blood out, it was actually rather good that he used a cannula as it meant I could have more drips connected at once and less disturbances in the night swapping them, as I now had one in each foot. 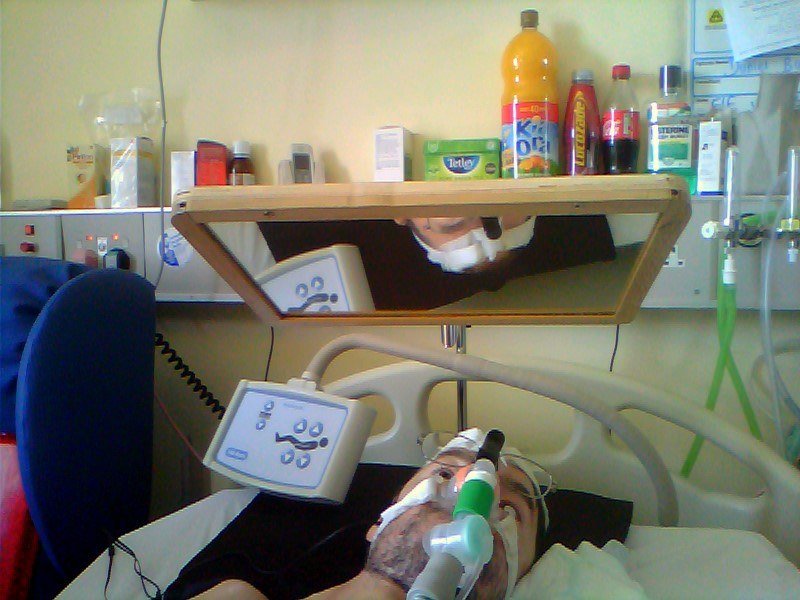 In the next couple of days I had lots more blood taken, from my arms, wrists, feet and even groins, I was covered in bruises.  I didn’t have any more attacks as bad as Saturday and Sunday thankfully, although my throat did start closing a couple of times.  One of the times a nasal trumpet was inserted, although not for long as it made it more difficult to breathe due to pushing mucus in the way, the other time piriton sufficed.

I was still in a lot of pain, only getting a couple of hours sleep a night and though I was off the emergency surgery list, I was still nil by mouth just in case.  It was exhausting and I could feel that my reserves were running out, I felt like my brain was all that was keeping me going.  But after all I’d been through I wasn’t going to give up now, I may actually make it home!

Light at the end of the tunnel