It’s been a busy, stressful but interesting week, ending in a good day for the summer solstice.  I Started the week attending a seminar on the future of civil society.  The seminar was hosted by Barnwood Trust and presented by Julia Unwin.  The following day I was invited to be part of Barnwood Trust’s “Mental Health and wellbeing at Work” training.  It was given by Mark Hashimi (Head of Workplace Wellbeing at MIND).

Seminar on the future of civil society

The seminar was full of interesting ideas, Julia pointed out we use two sets of language.  Work language which focuses on goals, logic and facts, and home language which involves emotions and love.  She wonders if bringing the two together could help the future of society.  Julia also went into ways society is breaking down.  The seminar wasn’t about solutions but about thinking of where we are and what could happen if we don’t do something about it.   There were a wide variety of people in attendance.  From Barnwood staff and trustees, to people from the NHS and other services.

I was a bit tired for the mental health and wellbeing at work training, after the seminar the previous evening, but gave it my best.  It ended up that I was the only one in attendance who didn’t actually work for Barnwood.  But was welcomed and treated as part of the team.  I met and chatted with people I knew and a couple I didn’t.  At school I was the nerd sitting in the corner with one or two friends, I’m really am not used to being part of social groups.  Now suddenly this has all changed.  My brain hasn’t been trained for it and I’m finding myself struggling to remember names and faces.  It’s not a bad thing though and quite a pleasant feeling feeling having people actually want to be around me.

Back to the training, it was presented in an interesting way and involved lots of group exercises.  Some were more difficult than others as they were specific to how staff at Barnwood work and their internal practices.  Others were easier, especially when I ended up as the only man in a group of lovely, intelligent women.  I was offered the chance to speak with Mark on my own afterwards but I was really too exhausted and in pain from sitting in my chair for so long so had to get home.

Wednesday I had a hospital appointment to visit an Occupational Therapist.  I really wasn’t sure what it was going to be about as I had pretty randomly received the appointment in the post.  It turned out to be about ways of stretching my fingers.  I was greeted by a lovely OT who explained she was supposed to be helping my OT, who would arrive shortly.

Of course my OT didn’t turn up, the hospital OT was very apologetic and after another phone call they said they would send someone else to help.  Ten minutes later we discovered that person was actually off sick!  The OT didn’t want to leave me with a wasted appointment so did her best, but with no experience of my case or what we were actually supposed to be doing was a little lost.  I left with something which should help.  But I really feel sorry for the lovely OT who must have felt so embarrassed and genuinely wanted to help.

Straight after this I headed to Cheltenham as I’d agreed to meet with Barnwood’s Green Team.  A group made of some members of staff who are part of Extinction Rebellion and others who care about the environment and planet.  I found it interesting and enjoyable but we didn’t really get long to get into any real discussion as I needed to leave early before my carer left.  But I’m looking forward to future meetings and staying in touch with the other members

That night I was told something that triggered extreme rage and stress in me.  I quickly wrote a rather blunt and strongly worded email to my care agency.  I have been trying to be polite and friendly to resolve care issues with the agency, but things were just getting nowhere!  A tipping point had come.  So in my email I told them to pull out all their carers except one!

The next day was filled with stress and worry.  I managed to walk the dogs but then went back to bed.  Mum attempted ringing the agency just to check they had received my email, strangely she kept getting redirected to the Cardiff office.  In the end she asked to speak to the regional manager, but apparently she wasn’t working or available.  My P.A. then rang on her mobile and surprisingly got straight through to the local branch!  They confirmed they had received the email and promised to reply by the end of the day.   This arrived at 4:30 PM and wasn’t a particularly nice or professional reply.  But at least it was sorted. 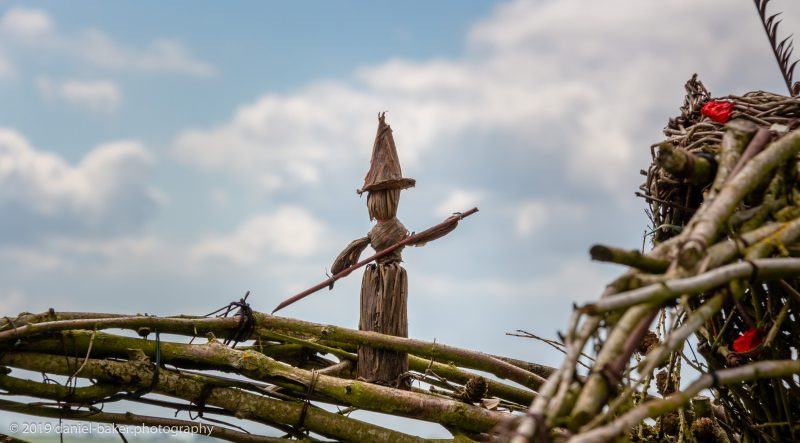 Today (well yesterday as it’s past midnight now) being the summer solstice I visited the Rollright Stones, there were quite a few people but it was calm and relaxing.  Being the solstice they had a warden on duty to ensure the stones were safe.  He was a friendly man who explained some of the history and told us there had been 150 people there at sunrise.  That’s a lot more than the winter solstice I attended there last year.

We wandered to the 5,000 year old Whispering Knights dolmen.  I took a few photos and relaxed here for a bit.  We then headed back to the King’s Men stone circle built circa 2,500 BC.  People were dowsing, meditating and relaxing there.  As it was starting to get busy again we headed off, after making a donation of course.

The day had warmed up so we visited Batsford Arboretum on the way home.  Batsford Arboretum is not huge and has some steep slopes but was enjoyable and restful.  I even managed to take my coat off and roll up my sleeves when it got warm.  We saw more wildlife here than I expected, a small rabbit bounced past at one point and something which looked like a small deer too.  There were also plenty of bees and birds.  It was definitely worth a visit and helped calm me some more.