I hadn’t managed to visit Sudeley Castle in a couple of years, but on Monday, as I was already nearby in Bourton-on-the-Water taking some photos, I decided to go see the Sudeley Castle Spectacle of Light. 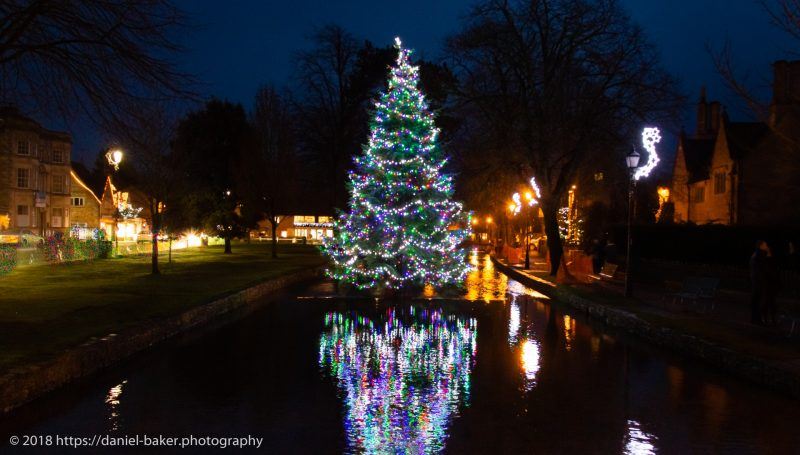 I had been to Sudeley castle before but never to their annual Spectacle of light, it’s not cheap but carers do get free entry so it’s not too bad overall.  The spectacle this year was themed on Alice in Wonderland and it worked very well, you could imagine the castle as a place Alice would visit, there were several speakers hidden around playing Alice quotes which really added to the experience. 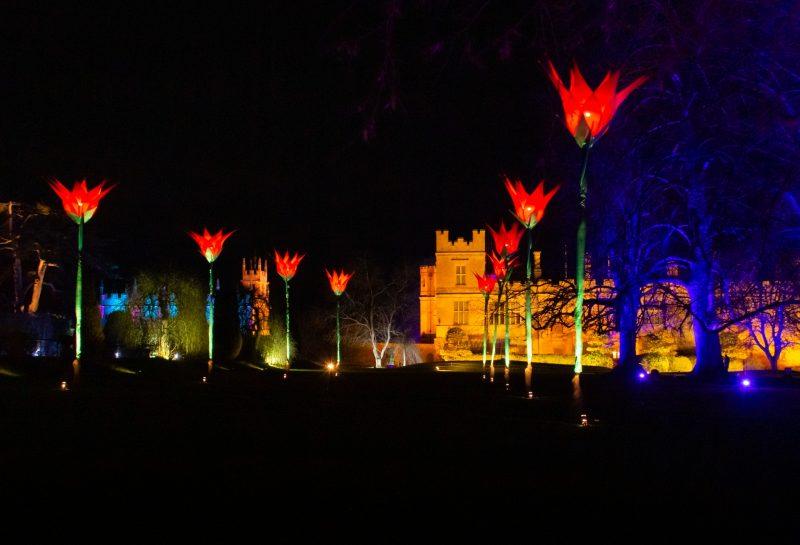 The trail itself leads you around the castle grounds in a weaving way, so even though I’d visited before I was never quite sure where I would end up, or what would be around the next corner, of course the fact it was dark added to that you only usually get to visit the castle in the daytime.

It really is a “Spectacle”, you see beautifully lit up trees, castle ruins, the chapel and the Queens garden, dotted around are other beautiful displays like giant tulips, the moon in the water and a light display with fountains in front of the ruins.  There are plenty of friendly staff members dotted around the trail as well to give advice on muddy or uneven ground, make sure everyone is okay and even take pictures of you on your phone, you’ll also bump into the Mad Hatter and the Queen of hearts themselves. 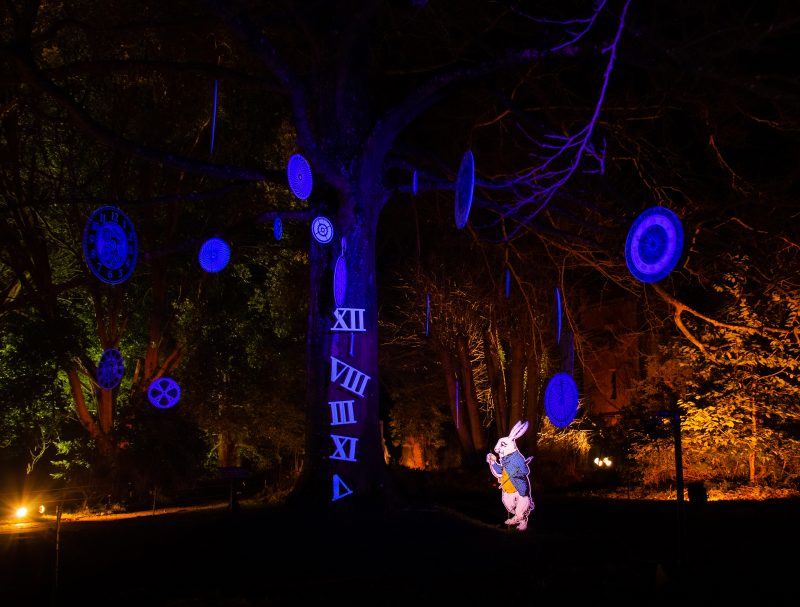 In the castle courtyard you’ll find refreshments and food, from freshly baked pizza made in an outdoor oven, to hot chocolate, the cafe is also open although there didn’t seem to be any wheelchair access which is a shame as I could really have done with going inside to warm up.  We did ask a couple of staff members about going inside who told us there wasn’t a way, I have been inside on a day visit before though so I’m not sure if it was just closed off for the night or the staff were confused. 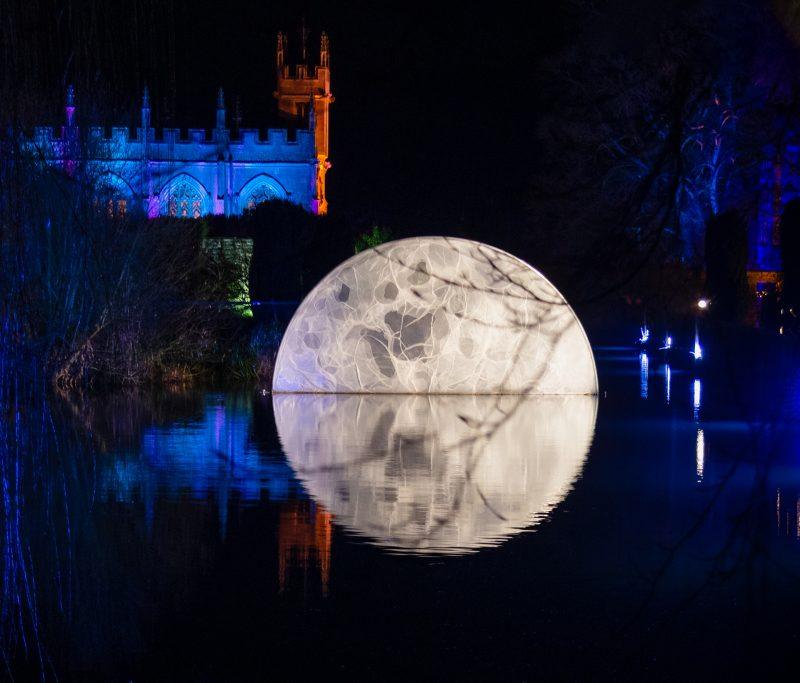 Overall accessibility was good, we were parked near the entrance and access to the shop was easy, some paths were a bit muddy or bumpy but nothing my chair couldn’t handle.  The only part I couldn’t get to was the chapel as are steps leading up, I was temped to go across the grass and up the steep slope at the end of the Queens garden, which I have done on  sunny daytime visit before, but it was dark, wet and slippy, plus I didn’t want to wreck the well maintained grass.  There may have been another way round but we couldn’t spot it.

Visiting the Sudeley Castle Spectacle of Light is a magical experience and I’d very much like to go again, I would have taken more photos but my hands just got too cold to operate the camera, several times I had to stop and get my carer to empty water from my mask and hose which had filled with condensation.  The people at the castle also made the experience brilliant, being so friendly and helpful, the Queen of Hearts was also nothing like Alice makes her out to be, we had a lovely little chat where she asked how accessible I’d found it and posed for a photo, I even managed to keep my head! 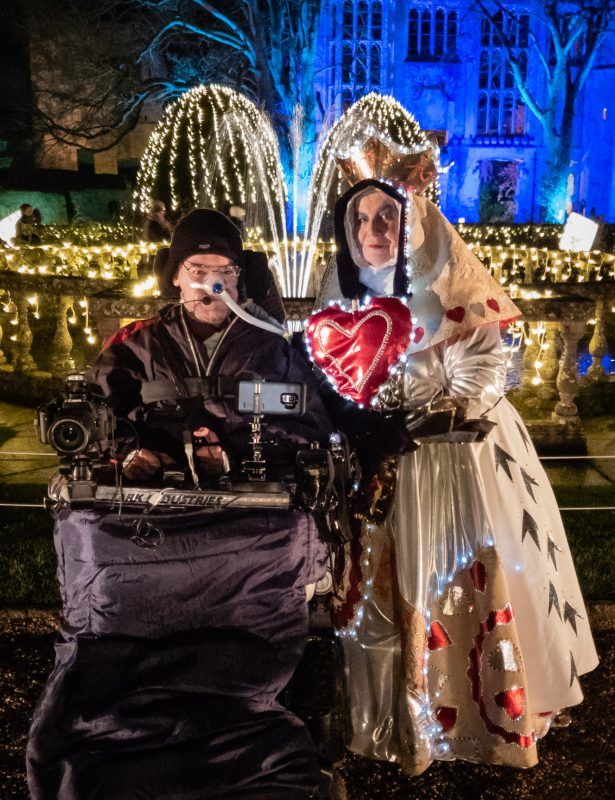 A final picture below of Peppa greeting me (and keeping my bed warm) when I got home. 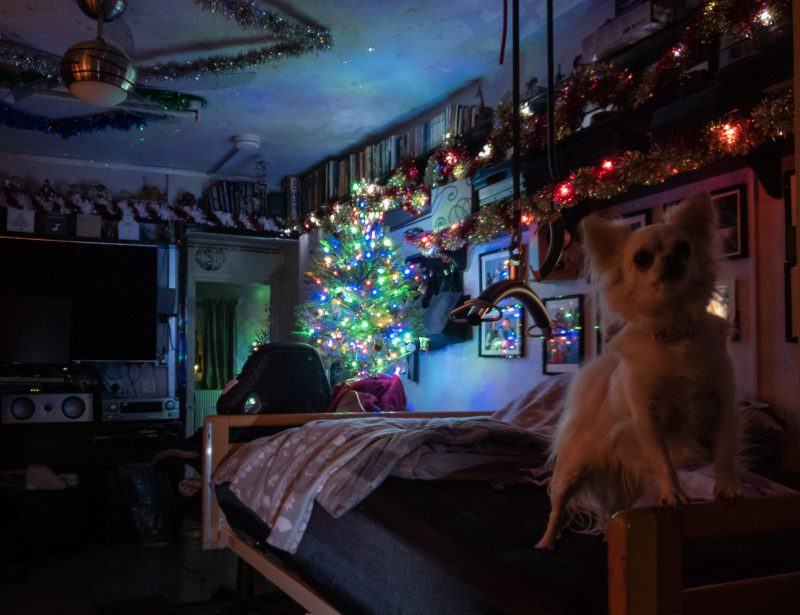