It was cold today and I was worn out from going to a thing in town yesterday with a friend and her little boy, but it was also my last chance to get out until January as care is short, my physical health is also suffering from not being able to exercise my muscles and sit in my wheelchair so I decided I had to make the effort and go to Cotswold Wildlife Park. 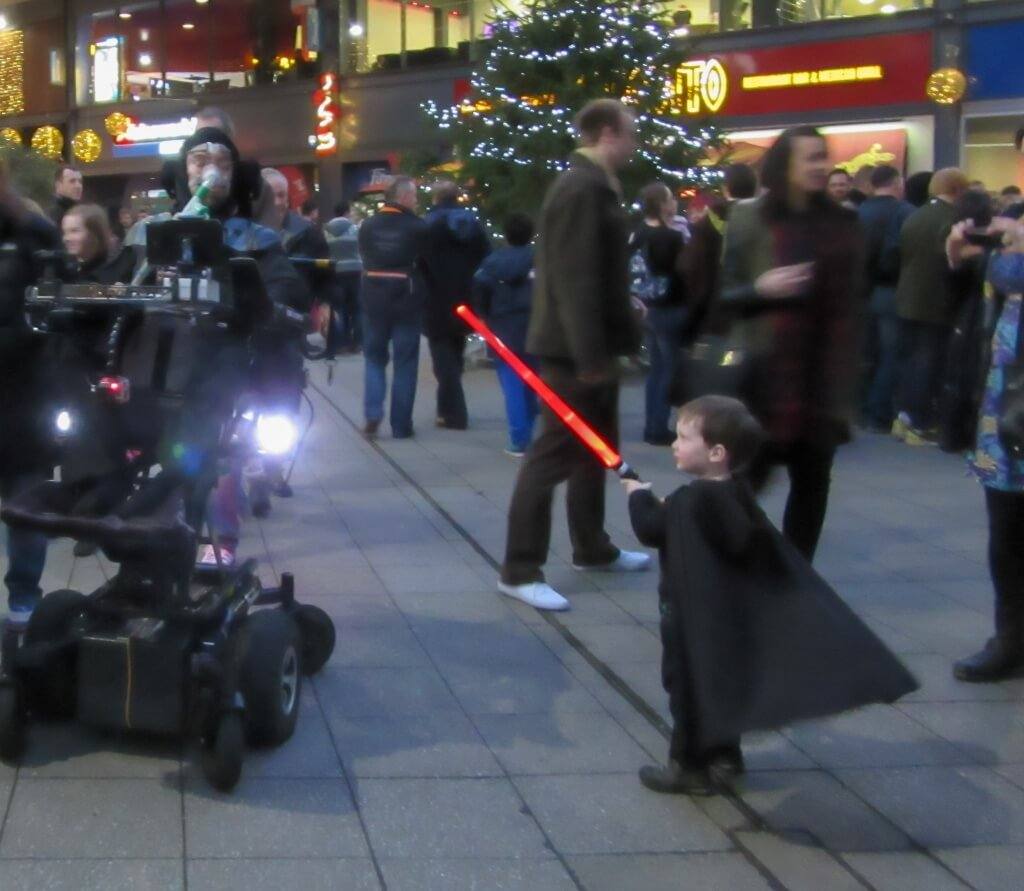 Me and my Sith Apprentice at the Brewery in Cheltenham

I decided on Cotswold Wildlife Park as it’s reasonably close and I was bought annual membership by my Aunt at the begging of the year.  The park is just outside Oxford and has lots of interesting animals, it’s laid out very well for wheelchairs and I think the only un-accesible part is probably the bats, you can also allow dogs which is very handy, the only negative I have for the park is that carers don’t get in free, I can understand it with the place being so acceptable but as I need someone to ensure my vent is working at all times I have to have someone with me.

It was a good day although freezing, I managed to get some shots I’m proud of too, I’m not sure what has happened but something seems to have clicked after having the camera just over a year and my photographs are coming out much better.  There was some excitement on the way home, a dog had got loose on the A40, if you know the road you know how dangerous that could be, we pulled over and Mum managed to get hold of it, it had no collar so we have no idea where it was from, we couldn’t put it in the car as our dogs would likely have gone mad and scared him, luckily a family pulled up behind us and said they’d take it to find the owner.  It’s one lucky dog to have no injuries, we were the only ones to stop, the other cars just swerved round and carried on, there are some really ignorant drivers on that road.