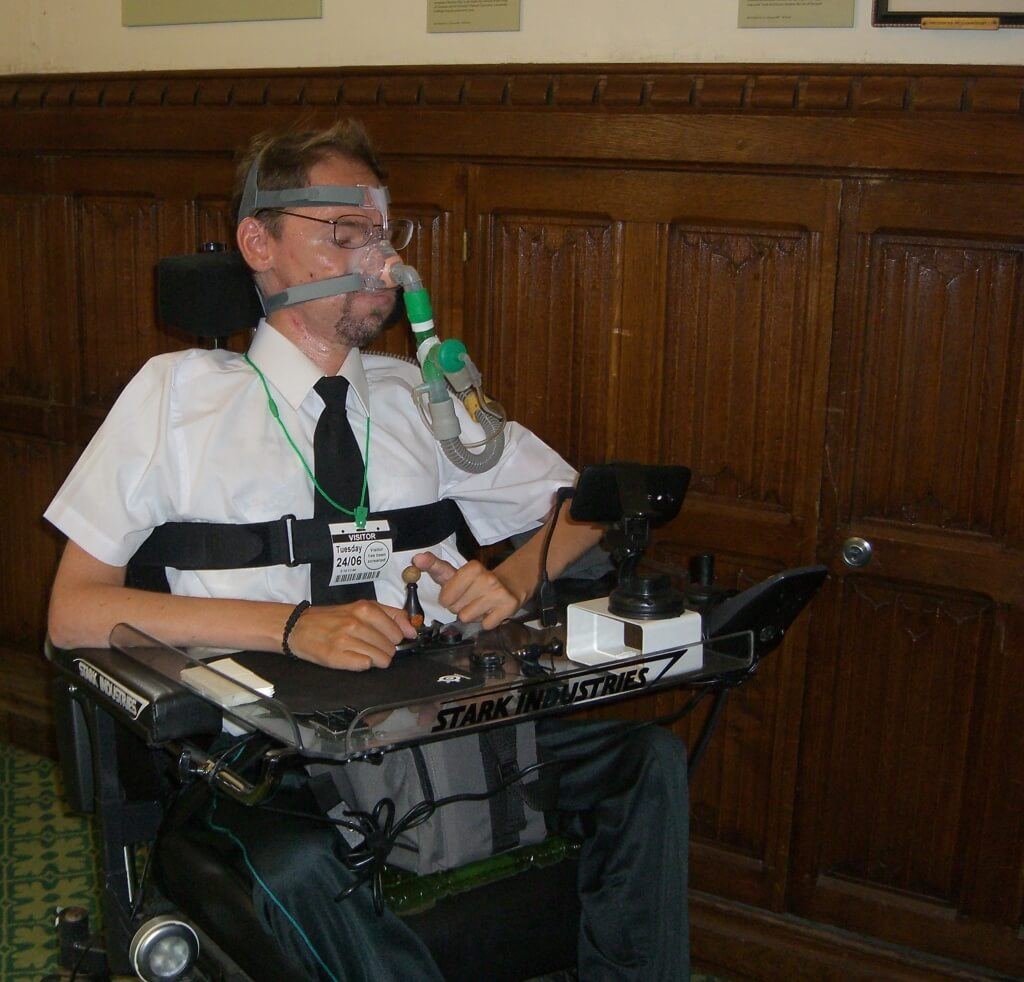 We set off at 8:30 am (which is very early for me) and were nearly there by 12:00pm, unfortunately a wrong turn and the changing of the guard at Buckingham Palace meant we arrived a little after twelve, then we had a brief vehicle search on the way in.  By the time I got out of the van it was very nearly 12:30, the time the meeting was due to start, we got there five or ten minutes late and heard the end of the first section about the progress of drugs for Duchenne.

The next part involved early access and how the scheme was progressing, from this section I got the impression things were moving pretty fast, there had been quite a bit of interest and lots of downloads of application forms, the NHS England representative seemed very keen to get drugs to patients as quickly as possible, the timescale, all things going to plan, would be to have things worked out by the budget in December and the first treatment(s) rolled out to patients in April next year.  There is of course lots to do, first off pharmaceutical companies need to put their drugs forwards as quickly as possible, then government bodies need to approve it for early access, then NHS England can do a cost/benefit assessment and put specific policies in place for each drug, currently NICE aren’t involved so NHS England will have to do all this themselves.

There were some concerns regarding very limiting licensing approval for Translama, the condition is only young boys with Duchenne who can still walk, this is due to several things, the main one being this is what the pharmaceutical company asked for when applying, obviously they can’t ask for a patient group they haven’t tested on, which sticks people like me or Leo Le Gal outside the target group.  This doesn’t necessarily mean non ambulatory patients outside the criteria won’t get access to Translama, or other drugs, once the drug is available NHS England says that clinicians could prescribe outside the criteria if they believe it would help a particular patient, but this would likely take longer and involve more red tape.

At the end of the session Ruth Le Gal made a moving speech about her son Leo, his condition is deteriorating fast, Ruth and her husband managed to get him into a drug trial by just meeting the entrance criteria, he has to fly to Boston every eight weeks to take part though, this is because if his family had waited for trials to start at Great Ormond street he would not have still met the criteria.  Ruth is very passionate about doing anything possible to save her son and frustrated that he may not meet drug criteria, she feels things are too slow and that it’s too expensive to get these treatments to market.

So to finish here are my opinions, the early access to medicine scheme is moving forwards well, treatments may begin to appear next year, which is far earlier than I expected, but there are still issues, drug companies need to hurry and sign up, the criteria may be too limiting and needs looking at, there is a fine balance here, liability is a big issue.  My worry is that trials will never be held on people like me, there aren’t a huge number of people my age with Duchenne so economically there isn’t a huge incentive and our health isn’t the best, so actually getting us to a trial would be difficult too, barriers that I fear will mean we won’t ever meet a drugs criteria.  I would like the rules officially loosened just a little so everything isn’t down to a clinician or group (this could lead to a lottery), if a drug has been proven to be safe in a large group of people and is targeted at a specific condition then offer the drug to others with that condition, this isn’t just about Duchenne either, lots of people could be excluded from being given a drug, these will often be the people who need it most to save their lives, people who are not well enough to fit into a trial.

The Muscular Dystrophy Campaign’s article on the event can be found here.