My Great Aunt, Audrey Kent, used to live in a lovely little village called Hullavington, she was the village nurse and delivered a lot of the children there, they called her simply Nurse Kent, she never married, being a nurse meant giving up on having a family and although she fell in love with a local doctor she chose a life helping people and not following her heart.  She remained in the village after she retired, selling dolls and other things she made, she was a part of the community until just before she died. 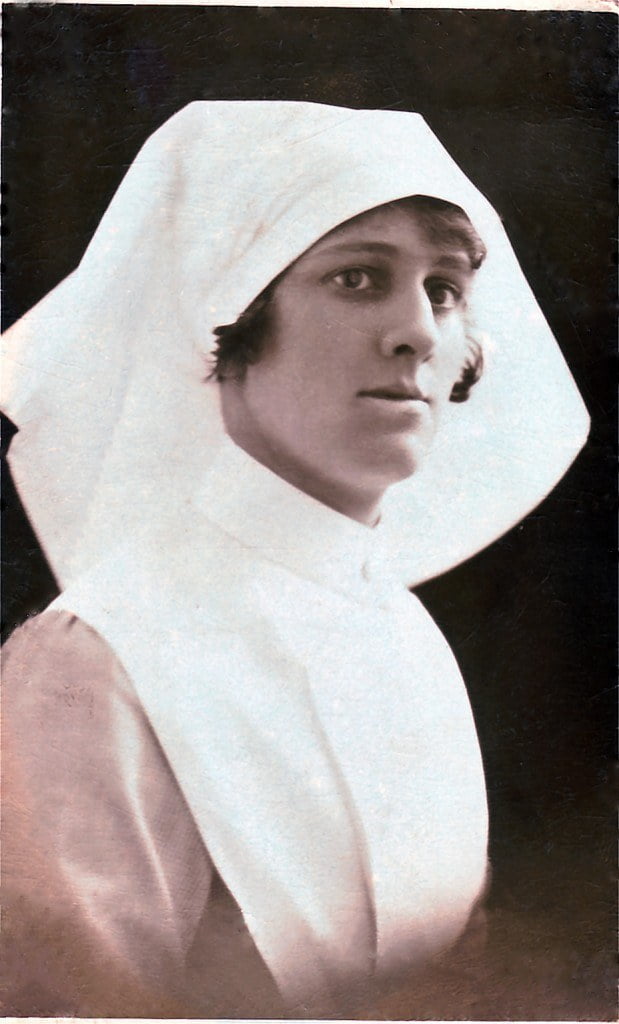 In the early eighties my Great Aunt became ill, she already had a colostomy bag, but my Nan was extremely worried, St Leonards-on-Sea,  where we lived, was a long way from Hullavington, and she wanted to look after my Aunt, I remember being asked to talk to Aunty Audrey on the phone and to get her to come to us, I did as I was told and begged her, despite being a very strict old fashioned nurse she had always had a soft spot for me and so came to us.  It was a tough time, I don’t remember too much and question whether I did the right thing now, but at least she was with family I suppose, she died not long after, I wasn’t there but remember her coffin being in the back room, I snuck in on a dare from my second cousin, I’ve always had a weakness for pretty girls, I don’t think I saw her body, just the coffin, but it’s something I remember, my first experience of death, I cried so much for my Great Aunty Audrey and even imagined her sitting on the bottom of my bed in the night for years to come.

This time became even harder if that’s possible, my Nan had been promised the cottage in Hullavington on my Aunts death and I was to move up there too, a lift had even been planned to help me as walking got more difficult, this was all in her will, unfortunately as I came to understand at that young age, family can’t always be trusted, my Nan’s brothers and sisters wanted money, one of my Great Aunts was seen visiting the cottage before we got up there and the will vanished, my Nan was devastated and the family divided for years, why is greed more powerful than love?  Anyway back to a better time, we spent a few lovely holidays at the cottage when I was a child, I have lots of fond memories from then, going for walks in the countryside, walking through neighbours farms seeing geese and cows, the smell inside the cottage, the back room with a huge step down, concrete and cold, my Aunt’s small garden where she grew marrows and other vegetables, my Nan reading stories on the curved staircase of the Magic Faraway Tree, surely that had to be somewhere nearby with pixies and fairies?  It sounds idyllic and to me it was and always will be, I miss my innocence and that time more than anything.

Maynard Cottage then and now

Back to the present, a few weeks ago we decided to visit Hullavington again, it is a place of mixed emotions, sadness for loss of a perfect home and sadness for my younger cousin who was stationed in the village and passed away there too young.  We arrived and parked behind a pub, after getting out of the van a lady younger than my Mother approached us, she had just bought the pub and told us it was not yet open but we could use the toilets if we wanted.  Mum had a short chat while inside and told the lady why we were visiting, “oh, Nurse Kent?” the lady said, she had lived in the village a long time and remembered my Aunt selling toys that were on show in her cottage window, after thirty years my Aunt has not been forgotten.  Next we headed down “The Street” towards the village church, my Nan had paid for a bench and plaque to be put there in remembrance of my Aunt, we had visited a few times since she died and never found a bench with a plaque, something that had always upset my Nan and continues to irk me, unsurprisingly there was no plaque still, there was the bench which may or may not have been my Aunt’s but we will never know for sure.

The Rawlings’ Farm, then and now

After the church we wandered a little, down an old lane where my Mother used to play as a child, past a field that my Mother recalled being one where as a young child of about three I had wandered into the middle of a herd of cows, she remembers calling me, trying to stay calm with stories of trampled children flooding through her mind, myself, I have a few faint memories of the cows, maybe they are just implanted memories from stories though?  We saw the cottages where “Aunty” Em” and “Aunty” Lil had lived, the Rawlings’ farm and another lane I remembered from a dream, I took a few photos, positioning myself from the memory of photographs we had taken on a visit twenty years or so ago, surprisingly they are actually fairly good. 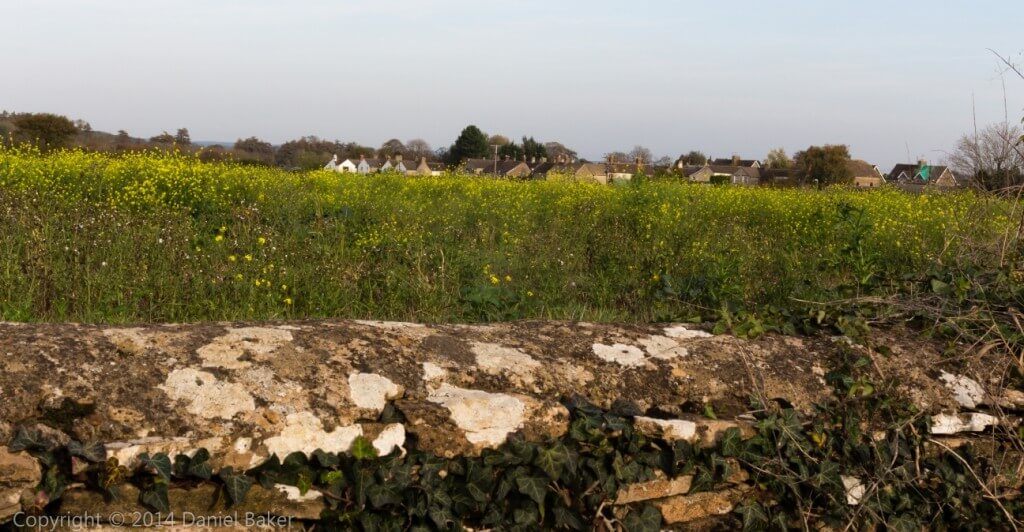 The field which was full of cows when I was young

Castle Combe, then and now, in the picture my Nan, my Aunty Pat, my cousin Penny and myself

Castle Combe is not far from Hullavington and a place we often visited when staying with my Great Aunt, it’s a quaint little village and hasn’t changed much, although I do remember it being bigger, my Mother visited in the sixties when Doctor Dolittle was being filmed and remembers peering over a wall to see the magical push-me-pull-yous.  More recently the war horse was filmed there, it doesn’t feel quite right in the village now though, it doesn’t feel alive, there were no children even though it was half term, I think it has become a tourist village, a toy town.  I took more photos here from memory and they actually line up surprisingly well, this was the end of my trip down memory lane, I hope you enjoyed my story and photographs.

Edit : Here are some articles I found relating to my Great Aunt.

A tribute in the local paper

And here are some more photos including nursing certificates and awards