MCM Comiccon November 2018 was my first commicon in a while and I mainly went to catch up with my friend Tabitha Lyons, it turned out great though even if it’s made my cold come back with a vengeance today.

I’b been planning this for a while but of course my cosplays weren’t done until last minute, the main change was my foam Superman boots, they are much smoother this time and I’m almost satisfied with them, just a couple more tweaks and they’ll be perfect.

I decided to cosplay Dr Strange (comic book version) on the Saturday and Superman/Clark Kent (Christopher Reeve version), for Dr Strange I’ been growing my beard and hair for a month or so which worked out well, I was going to dye my hair too but was pretty ill from Wednesday so didn’t get chance.  Both costumes are pretty much completely home made, obviously the hat and Glasses aren’t, the LEDs on my chair were set to a magical rainbow cycle for Saturday and green for Kryptonite on Sunday (to explain why Superman was weak and in a wheelchair).

Saturday was the busiest I’ve seen MCM Birmingham, it seems to be becoming a major cosplay event, there weren’t that many celebrity guests this year sadly but those that were there were great.  It took quite a while to actually get in on Saturday as different people kept sending us to different queues, they didn’t seem to know where accessibility passes should go at all, eventually we got in but it wasted most of the priority time before general pass holders were let in. 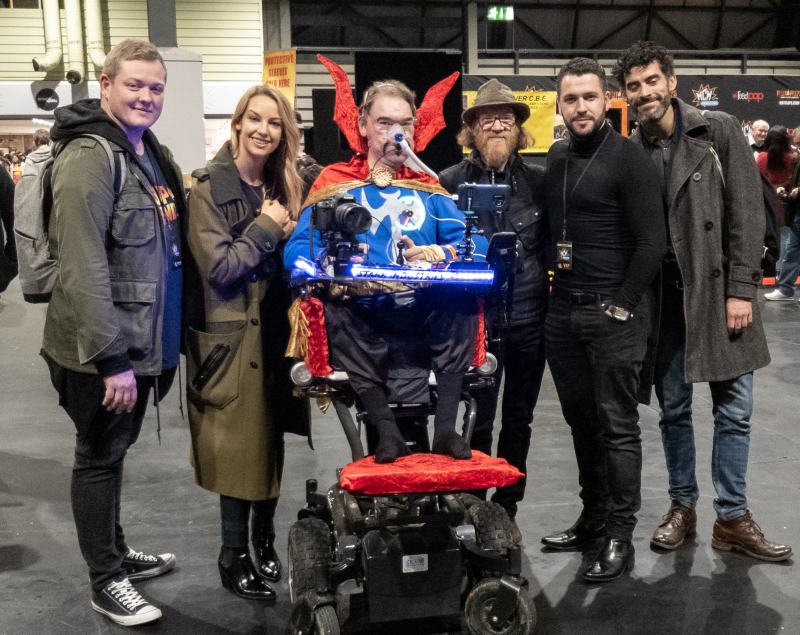 It was a good day, if exhausting, with lots of people taking photos of me and complementing my cosplay, it’s always great getting positive feedback especially considering how many people were in totally amazing costumes.  I managed to catch up with Tabby at the live stage, she was lovely as always and we had a nice catch up, I watched a few panels and watched the exclusive trailer for a new British film called Stairs, afterwards I also managed to get a photo with the director and some of the stars.

Sunday was slightly less busy with not quite as many cosplayers so my costume didn’t get quite as much attention but the people I met and talked too loved it, it was mainly the older crowd who understood the Christopher Reeve reference, the younger ones just appreciated it as a Superman cosplay. 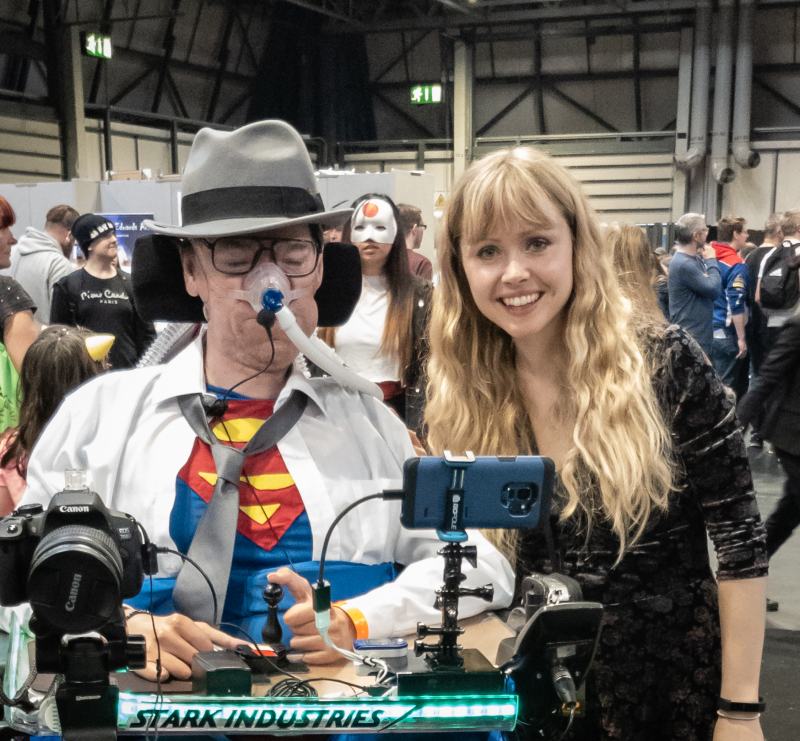 I attended a few panels and got to watch the first half an hour of Spider-man: into the Spider-verse, this ended with a tribute to Stan Lee, who I will always remember coming up behind me, touching my arm and saying hello, even though there was a no touching Stan policy and his security were trying to rush him passed.  I looked around for Tabby with no luck although I did manage to see her from afar when she was judging the cosplay championships.  I also managed to get an autograph and photo with the lovely Ingvild Deila who played a young Princess Leia in Rogue One, now I’ve met both movie versions which is amazing.

Another great comiccon although I’m feeling awful and full of cold today, tomorrow is the annual MDUK Spirit of Christmas concert at Gloucester Cathedral so my immune system better get to work quickly!