As an early Christmas present Mum bought me tickets to Marvel Universe Live.  it would be my first time at a real show, I’ve been to the local theatre once but never something big at an arena.

The Marvel Universe live show was held at the Barclaycard Arena in Birmingham, they have a special booking line for disabled visitors (personally I’d have preferred email but you can’t have everything), they also give a free carer ticket which is very useful.  We booked and checked everything would be suitable, the only thing I wasn’t keen about was that they would only let me bring bottled water, I generally have cold green tea on me in case I start coughing or choking, it also settles my stomach and gives me energy should I have a funny turn. 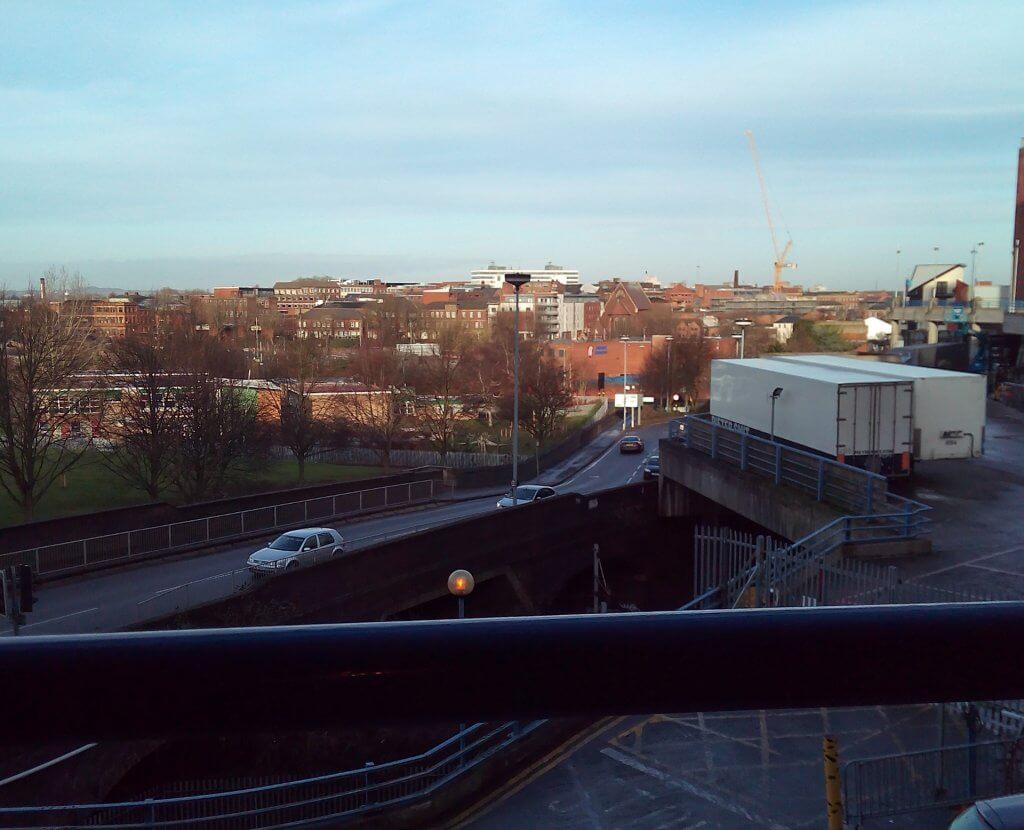 I was slightly anxious on the day, I’ve had some stress recently and also limited care which meant I hadn’t been able to go out in the car.  The journey to Barclaycard Arena took just over an hour, this included a quick stop to adjust my position as my head was getting sore from my mask straps.  The car park was easy to find and we were directed to the level which has free parking for blue badge holders.  I wouldn’t suggest the car park in anything larger than a Fiat Doblo though as our aerial scraped on the low beams. 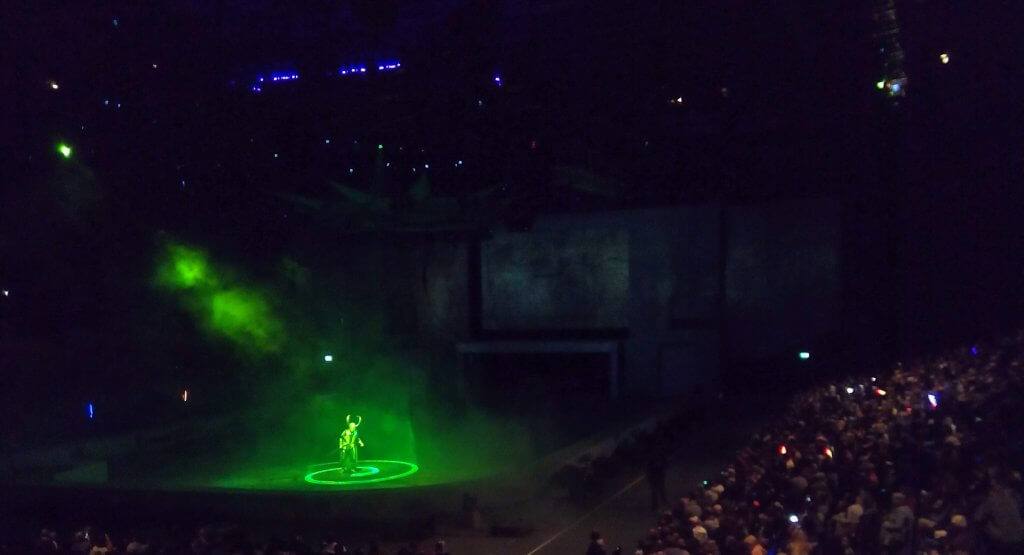 The car park exits directly on to the same level as the arena entrance, no lifts needed.  My wheelchair space was also on the entrance level (no panicking about being able to get out in case of fire), about half way up from the arena bottom giving a very good view.  There was a large space so I was even able to turn my wheelchair sideways and recline when I needed too, my PA had a normal chair which could easily be moved so she could sit close to me, I was very impressed. 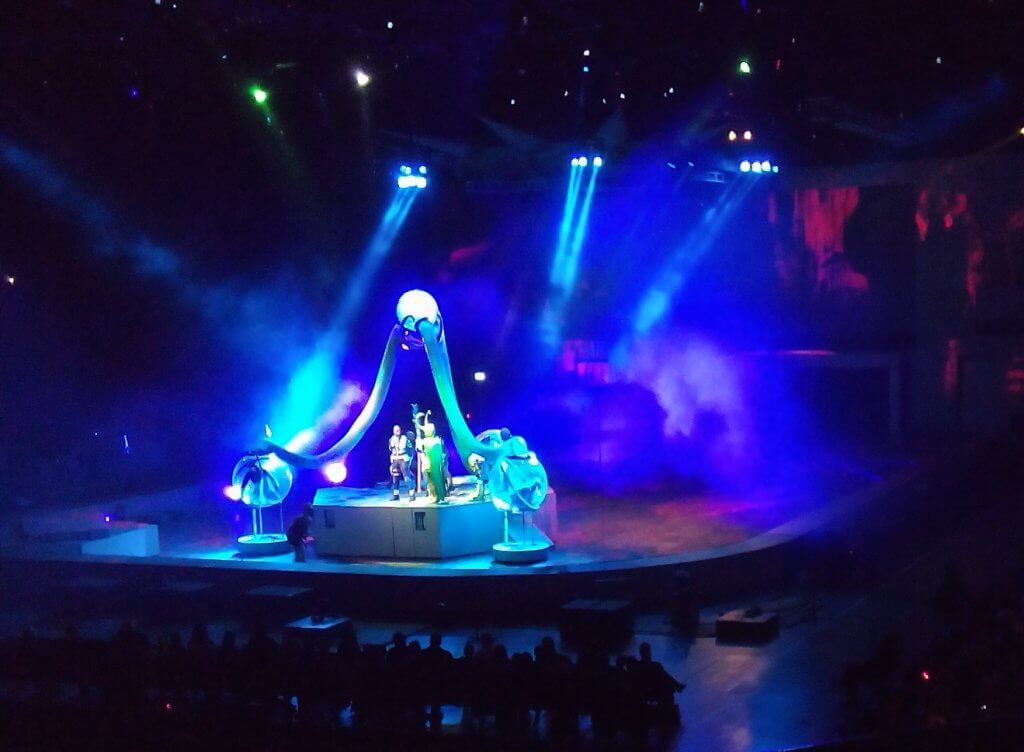 The show itself was great, it is based more on the comic books than the movies which actually made a nice change as they were able to include X-Men and Spiderman characters which can’t be in Marvel movies due to rights issues.  I won’t spoil the entire story but it involves Loki stealing the infinity stones, our heroes going in search of them and then wrestling them away from various super villains, it’s quite a spectacle with explosions, choreographed fights and motorcycle stunts.

I found some of the fights a little lackluster but this may have been due to it being their first Birmingham performance, or that there were lots of children in the audience, I also found the voice acting a little distracting.  I’m pretty certain the voices were prerecorded as there was no ambient noise leaking in and no mistakes or pauses, this stopped me being completely drawn in, I can understand why they went this route though to avoid mistakes and ensure all the dialogue could be clearly heard.  But honestly these were only minor things and would not stop me going again should I get the chance.

After the show we headed back to the car park, there were lots of stalls and people selling merchandise on the way back, I was tempted but the prices were a little too high for me.  While getting in the van my first strong anxiety since leaving home hit, the hose on my ventilator decided to pop off for no reason leaving me gasping for air!  My PA spotted it quickly and plugged the hose back on, this has happened a few times with my new Nippy ventilator and is one of the reasons I don’t like it, I really feel it’s poorly designed as a whole and will be asking again for something made by a different manufacturer when I next visit the Royal Brompton.

I would recommend the show for any geek, it’s also very child friendly for you parents out there, there is even an intermission half way through, there are loud noises and flashing lights though which may distress some younger or sensitive children.  As far as the venue itself is concerned I found it extremely wheelchair friendly and the staff helpful, the seating was right next to an exit too so no struggling to get out, I didn’t try the toilets so can’t say whether they are large or have hoisting facilities.