If you are a long time reader of my blog you may remember a post titled “Finding Middle Earth“.  I had intended to follow this with several more posts.  Unfortunately various things have managed to get in the way of me continuing my exploration of Middle Earth.  I have returned on several occasions to Tolkien’s standing stones though, a place now very special to me.

I finally feel that I now have enough content for the next chapter in my adventures, so will continue the story.

After visiting my former university in Oxford for an interview I attempted to start my travels again.  I briefly mentioned visiting Addison’s walk in the post about Oxford Brookes, promising to follow up with another post.

My walk through Magdalen College was on that day though was rather cold, and although it felt very special and mystical, I didn’t manage to take many photos.  So I decided to return in warmer weather to take better photos, before writing about it.

The year ebbed on with many struggles along the way, pushing back my planned return visit. 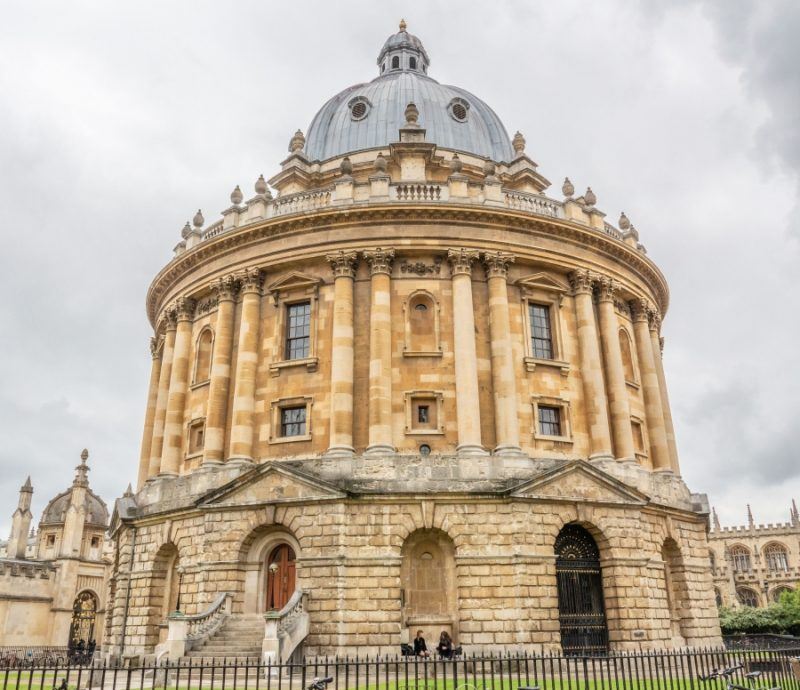 The iconic Radcliffe Camera also took on a strange new aspect in Tolkien’s mind; to him it resembled a temple honouring the dark lord Morgoth, which was lost with the sunken city of Numenor. (From There and back again – take our Tolkien Trivia Tour by Matt Dicks http://beta.cotswold-homes.com)

I managed another trip to Oxford in June.  Unfortunately it was a very wet day and wouldn’t have been any fun on Addison’s walk.  I did manage to get some photos of the Radcliffe Camera though, another place steeped in Tolkien mythology.

There was another break after this, but a couple of weeks ago I decided to push on.  My first stop was the Malvern Hills on a beautiful and hot day.  This was probably not the most accessible place to visit, but after some research the night before I found some reasonable looking routes.

I think Tolkien would have enjoyed walking these hills with me, as I too enjoyed stopping to look at trees, birds, insects and flowers.  I could easily imagine him ambling along with C.S. Lewis and finding inspiration in the beautiful landscape, winding paths and nature all around.  It definitely felt like a place The Fellowship could have journeyed through on their quest.  I was definitely in Middle Earth.

Tolkien seemed glad to be left behind by the Lewis brothers, whom he described as ‘ruthless walkers, very ruthless indeed’…He also liked to stop to look at trees, flowers, birds and insects that we passed. (From Recollections of JRR Tolkien by George Sayer)

The views were stunning, people hand gliding above the hills brought images of dragons soaring to my mind.  There was a lake in a quarry that made me feel like I was near the doors of Durin.  I was pleased to find no watcher lurking in the depths, only tiny ducklings.

My next journey was to finally return to Oxford and visit as many Tolkien sites as possible.  We arrived fairly late on a Friday morning.   Traffic was abysmal and there were cones in the disabled bays where I had planned on parking.  This lead to the day being more of a rush than I would have liked. 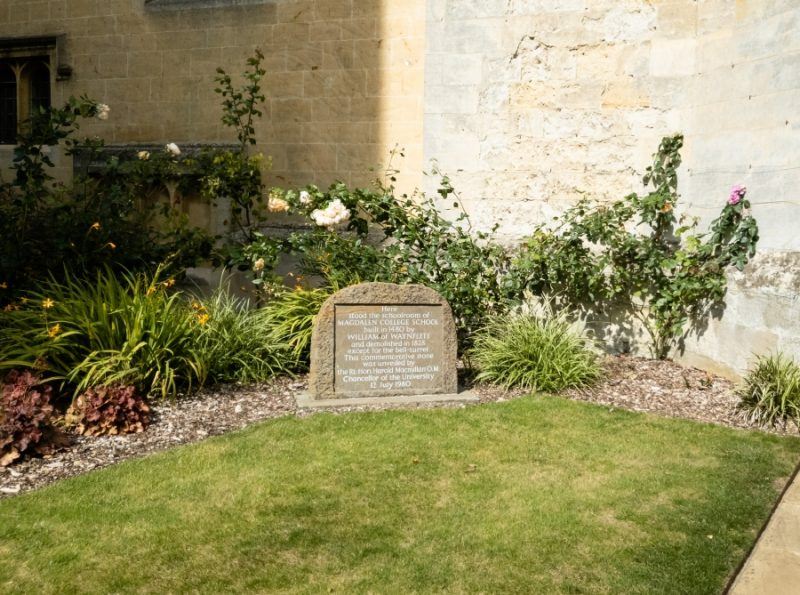 I decided to start by re-visiting Addison’s Walk at Magdalen College.  Tolkien and Lewis had walked this path many times together.  I was let in the accessible entrance by a porter.  In my mind this is a far more fitting entrance than the regular folk get to enter through.  Large iron bolts were lifted and the huge gate swung inwards, revealing a beautiful courtyard. 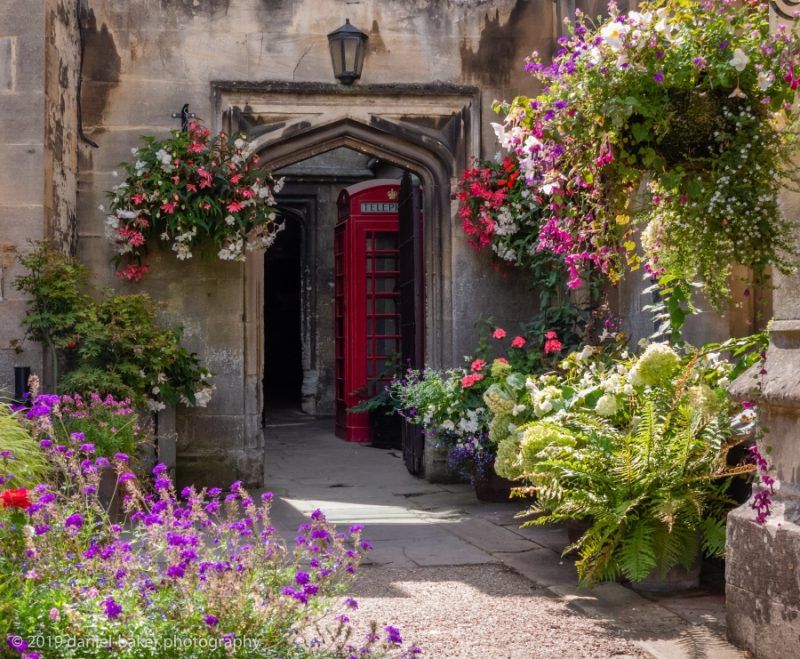 From here I passed through part of the college, then past a TARDIS with a malfunctioning chameleon circuit.  While my carer visited the facilities I took some photos of the college buildings.  If you look carefully you may see C.S. Lewis’s room.

Through a gate and over a bridge I found myself back on Addison’s walk and instantly back in the Shire.  A little rowboat moored by small stone steps caught my eye, I could easily imagine Hobbits, or other shire folk using it to travel down the river.  Following the path onwards I had the same feeling I had when first visiting, this was Mirkwood!  Unlike earlier in the year this time there were dear in the meadow.  I managed to snap two mighty stags in the distance, one black, one white. 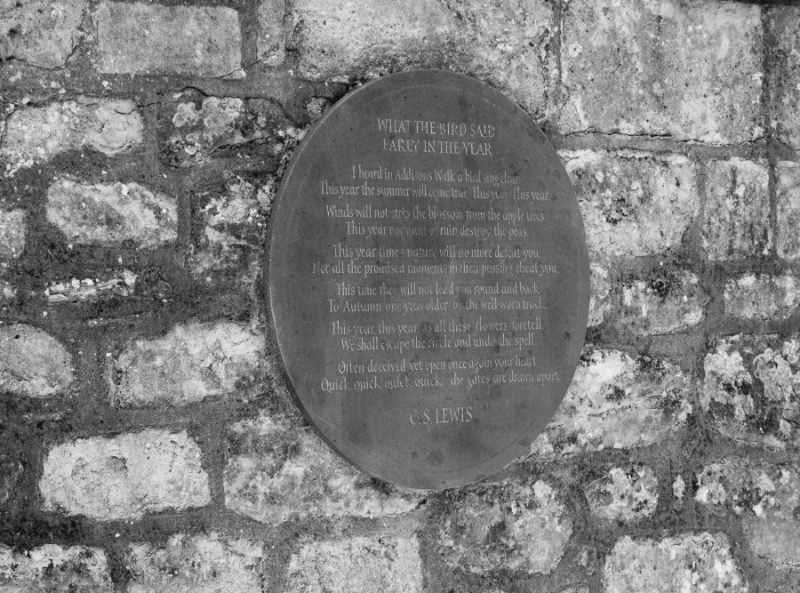 Made famous in his biography, Addison’s Walk in the grounds of Magdalen College, Oxford was where Tolkien, C.S.Lewis and Hugo Dyson had a lengthy conversation, which led to C.S.Lewis converting to Christianity. (From www.tolkienlibrary.com)

The whole walk was beautiful and although a little bumpy in places, completely accessible.  Returning through another courtyard I could see statues on the walls, which again reminded me of Lord of the Rings, this time the pillars of Kings.

The Oxford Botanic Garden is just across the road from Magdalen College so this was next on my list.  Finding a safe place to cross that busy road wasn’t quite so easy.

The Botanical Garden is free for wheelchair users and carers which is always a welcome bonus.  Tolkien spent lots of time in the botanical, sadly his favourite tree was cut down in 2014 so I couldn’t get an Ent photo.  There were lots of other trees, plants and flowers though, giving some pathways a fantasy feel.  I again felt myself walking in the great author’s footsteps.  I tried to photograph anything strange or mystical looking while there.

The Colleges, pub and home 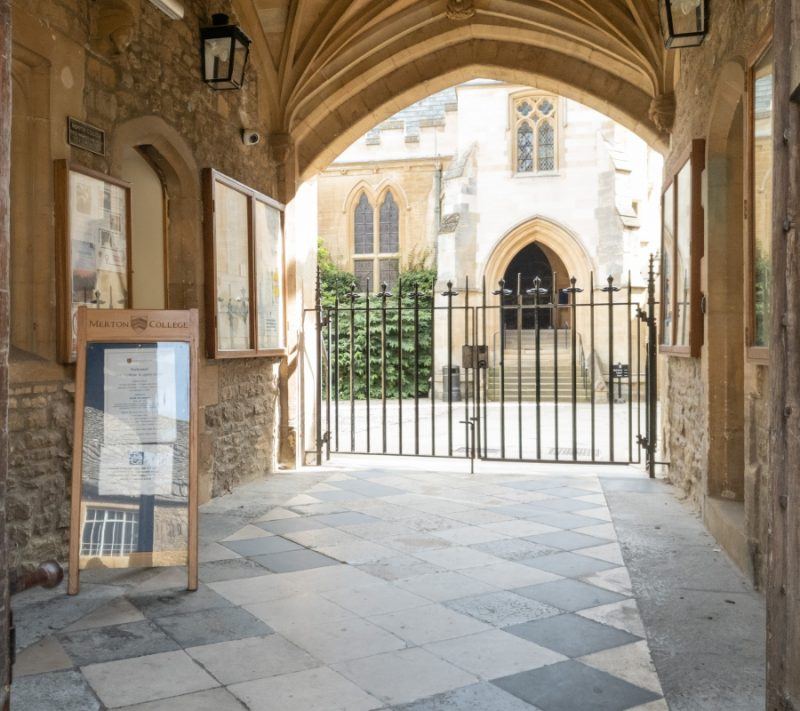 For much of his life, Tolkien was a professor of English language and literature. He spent 14 years teaching at Merton College in Oxford, which is one of the oldest colleges in the UK, having been founded in the thirteenth century. (From http://www.tolkienlibrary.com)

As the garden was quite busy I didn’t stay long and decided to find Merton and Exeter colleges.  Merton College was up a rather bumpy cobbled path, no fun at all in a wheelchair.  Tolkien spent many years teaching at Merton college so I’m glad I managed to get a picture of the outside of it.  Sadly Exeter College had scaffolding up so I couldn’t get a good picture.

The Eagle and Child, where Tolkien’s group of literary friends, the so-called ‘Inklings’ would meet for drinks, readings and the sharing of ideas. (From There and back again – take our Tolkien Trivia Tour, by Matt Dicks http://beta.cotswold-homes.com)

Next on my list was The Eagle and Child, a pub frequented by the Inklings.  I had hoped to pop in for a drink before heading home, there was no sign of an accessible entrance though, so I settled for getting a picture outside.  With a few minutes to spare before heading home we drove to Tolkien’s old house.  I’m sure the current owners must love people stopping outside and taking pictures.

I still have quite a few more places to visit, including Cheddar Gorge (the caves aren’t accessible though which is putting me off), places around Birmingham and I still haven’t discovered the house where Edith lived in Charlton Kings!