With the Easter weekend weather looking like it would be good I wanted to make the most of it.  There were lots of places I wanted to go, but my current rubbish tyres ruled out some places.  I also didn’t want anywhere too crowded, avoiding running over children when it’s busy can be a difficult task! 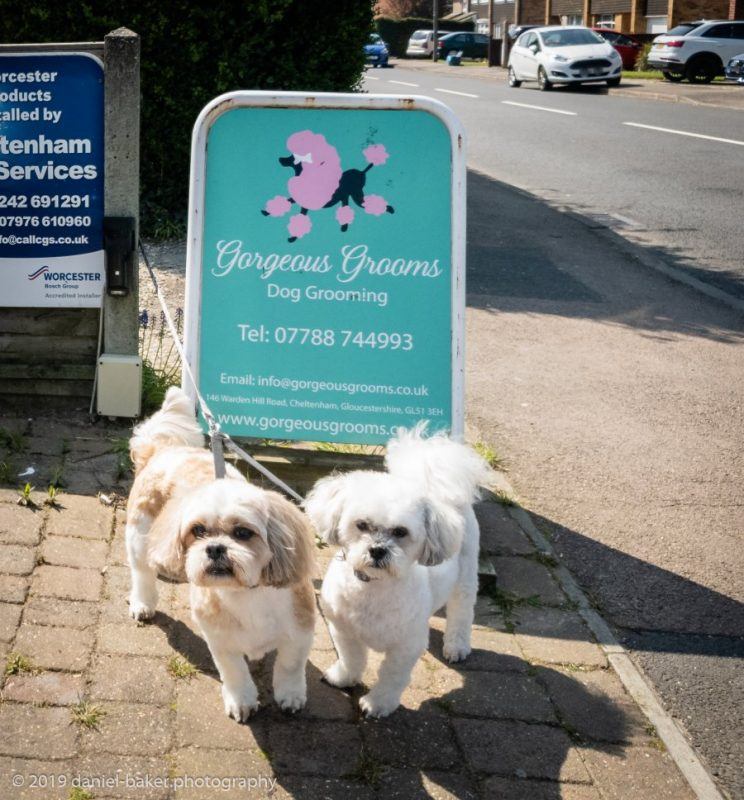 On Good Friday two of our dogs were booked into the groomers.  Mum took them round and decided to catch up with a friend while she waited.  I popped out to Robinswood hill, this didn’t work out as there was nowhere safe to park.  So I thought I’d check out Prinknash Abbey instead and see if they had finally put a ramp back in.  The car park seemed rather quiet but there were signs saying “open all year” and “open as usual”.  Of course it wasn’t open and several other people were caught out too.

After this unsuccessful morning I decided to meet Mum and pick up the dogs.  We took Peppa for a nice walk in the sunshine to meet her.  It was a pleasant day and the dogs looked lovely after their groom.

Easter Saturday, the Forest of Dean

On Saturday I really struggled deciding where to go, but ended up at Mallards Pike Lake.  I always like the Forest of Dean but was a little concerned it would be too bumpy with my smaller, rock hard, tyres.  Things went okay, there were some uncomfortable patches and we did get a little lost.  It was nice to be somewhere peaceful and in nature for a change though.

As it was still fairly early when we got to the car park I decided to head to Symonds Yat.  I hadn’t visited Symonds Yat in about twenty years, my memories were of muddy tracks, most of which weren’t particularly wheelchair friendly.  Don’t ask about the journey there, lets just say we had an interesting tour of two counties.  We even ended up crossing the border into Wales at one point! 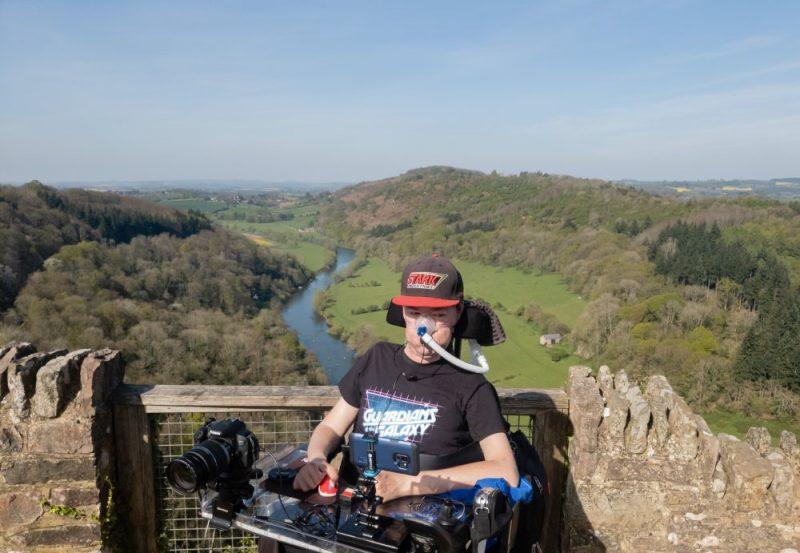 When we finally arrived at Symonds Yat I was pleasantly surprised to find a paved path which led all the way to the summit, somewhere I had never been able to get to when I was younger.  The views were spectacular!  Looking down on the river you could see kayaks traversing the twists and bends of the river, fluffy white dots of sheep and beautiful hills in the distance.  I spent some time taking photographs and just enjoying the scenery before heading back down to try another trail.  This one turned out to be a little too bumpy so I didn’t go down it too far.  I’ll definitely visit again when I get my new off-road tyres.  I’ll be able to do more then without straining my back and neck.

Easter Sunday was even better weather, we headed to Worcester for a walk along the canal.  It was a lovely, flat, walk down one side of the canal.  I stopped to take photos of the weir and listen to the rushing water.  At the end of the canal we crossed the accessible suspension bridge, where I took even more photos and watched boats pass beneath.  The other side of the canal was busier and a bit bumpier too.  We stopped at the lock to watch a narrow boat pass through before wandering down passed the Cathedral.  We spent another couple of hours there, after my carer kindly offered to stay late, this made the whole day more relaxing.

Monday wasn’t a good day for me, I couldn’t sleep Sunday night and my mask was leaking badly.  I managed to force myself out of bed for an hour to take the dogs on a quick walk, but was thoroughly exhausted afterwards. 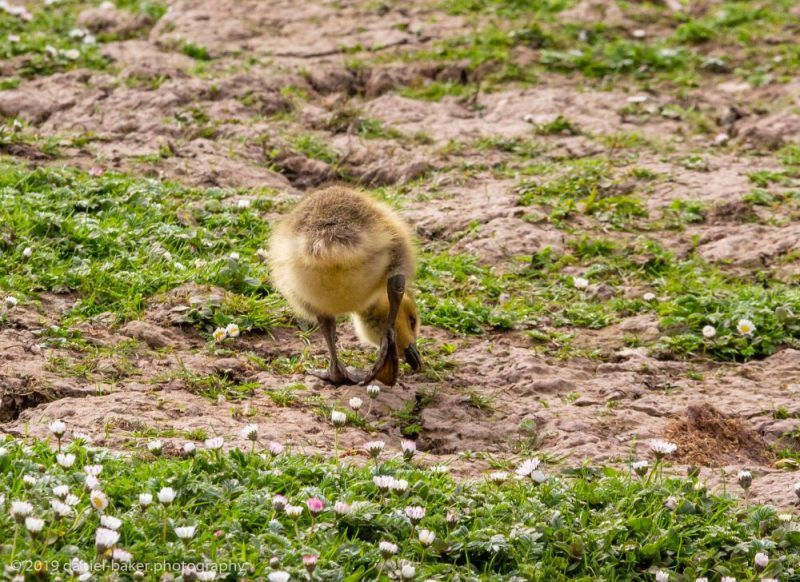 As I missed out on doing anything on Monday I made Tuesday my Monday.  The weather wasn’t as good but I could still get out.  First off I headed to Slimbridge.  I was hoping to see lots of newly hatched birds but it was slightly too early in the season, although there were a few.

After Slimbridge I headed to Newark Park, a National trust house and gardens with woodland walks.  I was greeted on the lawn by a very friendly peacock, peacocks seem to like me, maybe it’s the wheelchair?  He danced around showing off his feathers and let me take lots of photographs.

We then headed down to the woodland and lower garden.  The wild garlic lining the path gave off the most amazing smell, it made me rather hungry too!  Again I experienced issues with my tyres, the paths were just too bumpy for them.  I also lost traction on several steeper slopes, luckily I’m a good driver or it could have ended badly.

As I wasn’t quite ready to go home I took some pictures of the grazing sheep by the car park and, after a long chase, managed to get my first photo of a pheasant (boy those guys can move fast).

So all in all it was a good weekend, there were some stressful moments which triggered my anxiety and my tyres limited me a lot, but I managed to get out for the first time this year in just a T-Shirt and actually relaxed a little.

Videos can be found –