Destination Star Trek 2019 was my fourth Trek convention.  I always enjoy the atmosphere, it’s friendly and accepting of everyone, very much like the future Gene Roddenberry had imagined. 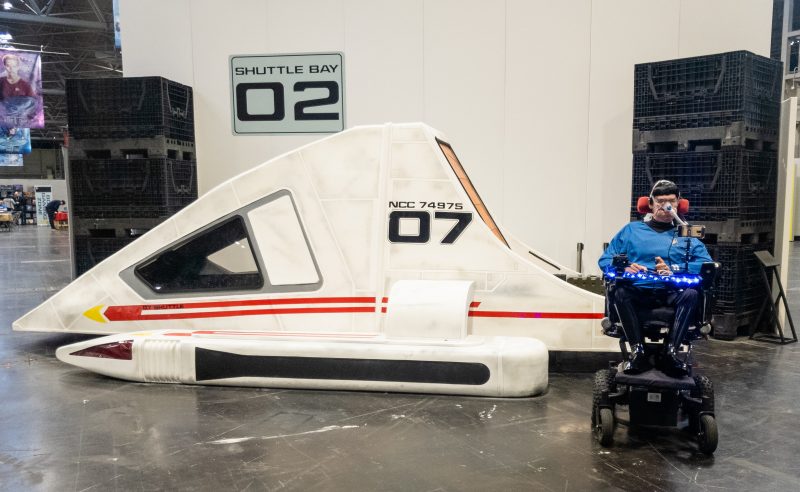 This year I decided to only attend for one day, partly because three days is too much and partly because of ongoing care shortages.  I was hoping to see Alan Ruck who I loved in Ferris Bueller’s day off, and Chase Masterson, who was so lovely last year.  I expected something to go wrong of course, that’s just the way 2019 has been for me, it did.  Alan cancelled, then I messed up the times on my schedule so missed the photo shoot with Chase.

The day was good though despite those things.  I saw many familiar faces and had snaps taken by a few people.  My paramedic friend was doing security there again so catching up with him was great.  There were a few highlights I won’t forget, seeing Brent Spiner, then Ethan Peck and saying hi.  Getting a fist bump from LeVar Burton and George Takei appearing from behind me, saying hello and shaking my hand.

I was thinking of my ex-nurse and friend quite a lot during the day.  She would have loved being there, I think she loved Star Trek even more than me!  We attended my first Star Trek convention together and I have memories of her acting like a giddy child, getting told off for taking photos of celebrities and wandering off when I wasn’t paying attention.  I wish she’d had chance to go again.

Then there was Robin Curtis, she played Saavik in Star III and IV.  Robin saw me as she was heading back to her autograph desk and came over to say hello.  She introduced herself, of course I knew who she was already, I’d had a bit of a crush on her in Star Trek, then we had a little chat and got a photo together.  As she left she invited me to come to her autograph table later and have a longer talk.  I didn’t want to interrupt her signing so waited until late in the day before I went over.

We had a lovely conversation, she talked about seeing Sir Ian McKellen in a play earlier in the week, poor accessibility in theatres and lots of other things.  She asked a lot about me too, genuinely interested.  Robin really wanted to give me her autograph, but none of us had anything to sign.  I thought this was very nice of her, but also wasn’t too worried, she was already giving so much of her time.  Just before we finished chatting though my carer suggested using her hat, Robin thought it was a great idea.  So now I have something very unique, a Destination Star Trek cap signed by Robin Curtis!

The atmosphere was as friendly as ever and the mix of celebrities great.  I also learned Anson Mount supported Duchenne charities.  It would have been great to chat with him but his autograph queue was just too long. 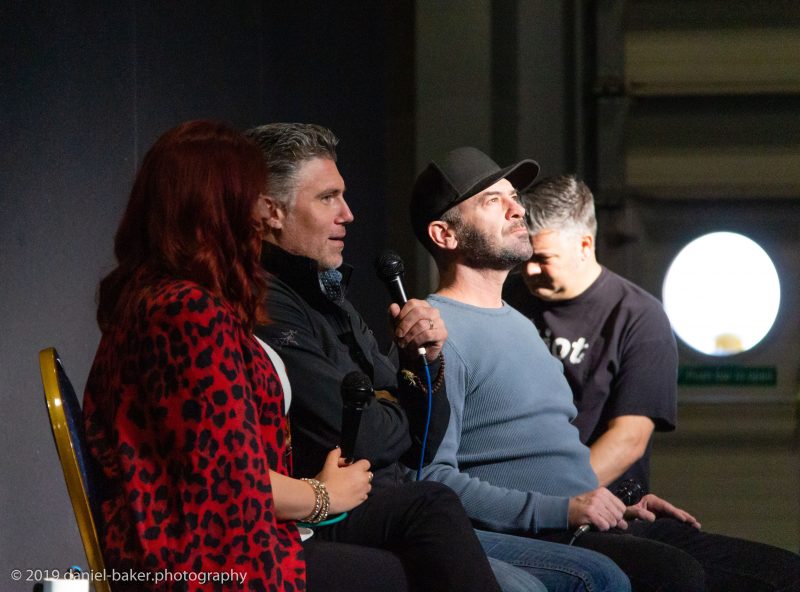 This will likely be my last Star Trek convention for a while, next year it moves back to ExCel.  I like ExCel as a venue but it’s just really difficult to get too.  There’s also the time it takes getting there, my carers can do a maximum of 14 hours in a day, it can take us four hours each way with traffic to get to ExCel.  Staying at a hotel isn’t easy either, most wouldn’t be accessible or within my budget.