Day One – Two Weeks in Hospital

I hadn’t had an unplanned hospital stay in my entire adult life, I had hoped I would never need to be admitted in an emergency, unfortunately this has all changed.  Hospitals, especially local ones are not the best places to be for anyone, for someone with a complex condition like Duchenne muscular dystrophy it’s even worse, the staff have no experience or knowledge of conditions like this and are generally completely out of their depth, the risks of getting a dangerous chest infection are high and if surgery is needed it is very high risk.  Now I’m safely at home so can share my experience and use this post as a form of therapy to let some of the fear and emotions out.

Waking on a Thursday morning  with my stomach uncomfortably distended and feeling nauseous I called my Mother, I was hoping it was just wind and that a gentle stomach rub would ease things.  The pain didn’t subside but got stronger, my stomach got larger and I began heaving, by 9 a.m. I was screaming and shouting in pain, my PA arrived and let Mum take a break, at this point I started vomiting, since my late teens I had never been able to bring anything up when feeling nauseous, I realised this was obviously something new and very wrong.

Shortly after I decided to let someone phone an ambulance, the pain was so intense I needed something done!  It took the ambulance a while to arrive, I think they came from Cirencester although my mind is a little fuzzy now, they were very good when they arrived and read my emergency sheet which has details of my allergies, instructions not to use Oxygen without monitoring Co2 and contact details for my medical team.  The paramedics put a cannula in my hand, little did I know this would be the first of many, and administered paracetamol through a drip, this eased the pain a bit and against their advice I refused being taken to hospital, they understood my reasons and were very good about it, but told me to ring my GP and if it got worse to ring another ambulance.

For about half an hour after the paramedics left I felt a bit better, so I decided to try to have a cup of cold green tea in the hopes it would settle my stomach more, immediately after drinking the green tea the pain flared up and I started being sick again, this felt very, very wrong!  The pain was the worst I’d ever felt, considering I have had major back surgery and left my broken ankle over a month before going to A&E I’m sure you can understand that I don’t have a low pain threshold.

We rang another ambulance while waiting for my GP to arrive, I was screaming in pain, crying and trying to remain conscious and aware when he arrived, he had a feel of my stomach, especially the appendix area, and agreed I needed hospital and said he didn’t know why I hadn’t gone in the first ambulance, he then wrote up some paperwork for the paramedics.

The paramedics arrived shortly after, they asked what hospital I’d like to be taken to, I wanted to say the Royal Brompton but I knew it was too far with how I was feeling, so I decided on Gloucester Royal as I had recently met a respiratory consultant there and the dietitians knew me.  One of the paramedics recognised me from comiccon as he does security at them, he was able to chat and distract me a bit while they got me on the stretcher and into the ambulance.  Mum and my PA grabbed a few bits including a spare ventilator and we set off down the motorway, I didn’t hear sirens but we had the blue lights on before we arrived at A&E, I couldn’t help wondering if I’d ever be going back to the flat and my pets and what would happen to them if I didn’t. 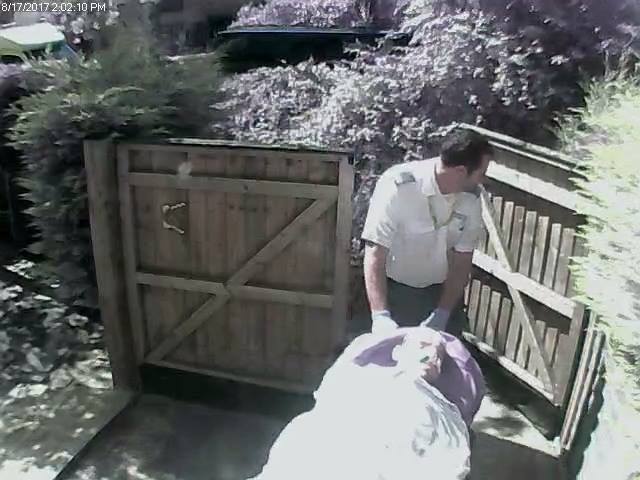 The paramedics rushed me into a side room in A&E and handed me over to them, the staff in A&E were not the fastest and didn’t really address me at all, preferring to talk over and around me.  By this point the pain was unbearable, I was screaming out not caring who heard me, I was shouting at the staff to hurry and get me some pain relief, I remained polite although I was swearing with pain between times, anyone who knows me would know how out of character that was.  Eventually I was given some pain relief, I realised I definitely wasn’t going home that day when they asked if anyone could stay with me as the staff on the post-op ward didn’t have the experience to look after me.  Then something I hadn’t expected happened, my twenty one year old PA, who should have been completely out of her depth and was due to go home at five, firmly and loudly said “We’re staying”, there would be no questioning her on that, it was final!

A short while later we were taken up to ward 5A in the tower block, it wasn’t a large room it had a bathroom attached though with a toilet and shower, not that I could use it but useful for my Mum and PA, it also had a nice view apparently although I could never see out of the window.  Once up on the ward a nice doctor attached a cannula to my ankle to make it easier to attach a drip and administer medication, I believe I had arterial blood taken at this point and observations done but it’s all a bit of a blur now.  The pain had eased a little when the consultant arrived. he gave me a quick examination and then sent me for a CT scan.  The scan went okay, they injected radioactive dye through my ankle and took some images, by this point I was freezing though, a combination of shock, a cold hospital and possibly a temperature, I wouldn’t feel warm inside again for over two weeks. 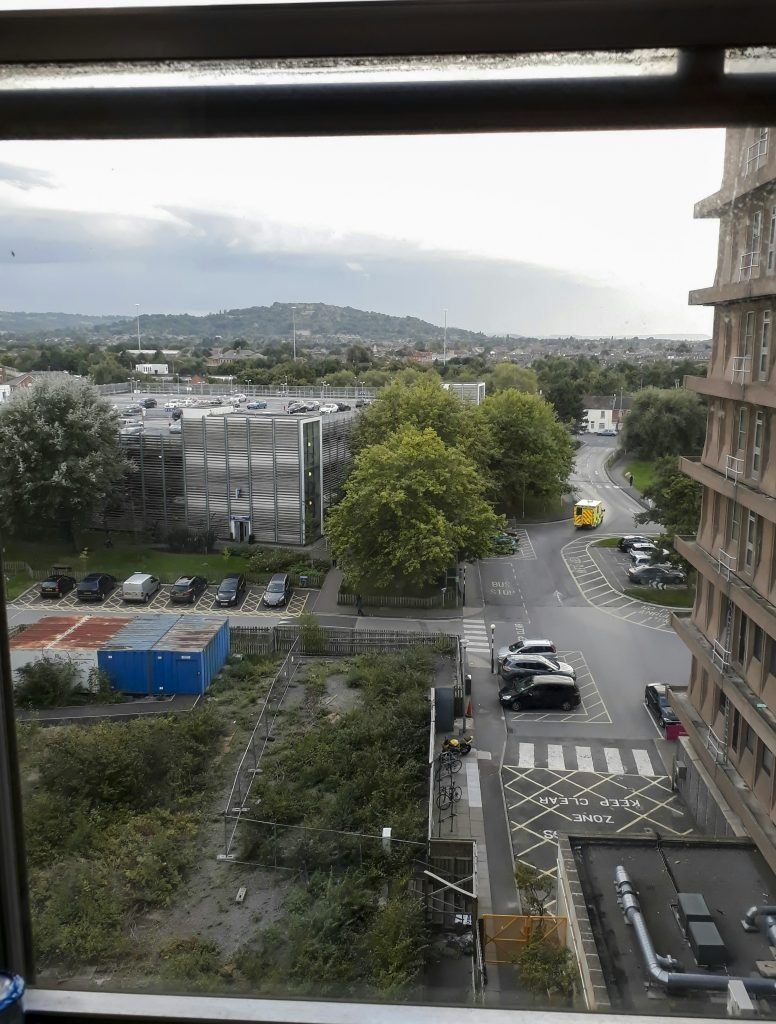 We returned to the ward to await the results, after a while the consultant returned, very worried, he told me there was some inflammation and what looked like a twist in my bowel, it was very likely I’d need surgery and that was extremely high risk, but if I didn’t I’d probably die, I was put on the emergency surgery list and would be nil by mouth until I was operated on or they decided otherwise.  He then said that sometimes administering gastrograffin through an NG (nasogastric tube) could help, but with my nasal mask it could be difficult, I agreed to let him try even though I would have great difficulty breathing without it and he’d only have a couple of minutes with the mask off.  He went and got the equipment needed along with another doctor to help out, I really wanted this to work despite how horrible it felt, I tried drinking water as he pushed the tube to help guide it down but it just wouldn’t go.  He attempted putting the tube up my nose and down my throat four times before giving up, each time it either went down into the back of my mouth or my airway, I spat up a little blood for a couple of days afterwards from small tears.

The night was a long one, with regular observations and drips swapped, I was also extremely scared and in a lot of pain.  I expected the next day to be operation day, as did everyone else including the doctors, I knew this was likely to go very badly and the odds of surviving were low, sleeping was something that wasn’t going to happen.

The Next Few Days – Don’t Fear the Reaper

8 thoughts on “Day One – Two Weeks in Hospital”